EmploymentGlobal mobility and smart work 27. May 2020

Hungary: What will be after the coronavirus pandemic?

In recent days, efforts to moderate and partially repeal restrictive / prohibitive measures aimed at curbing the spread of the coronavirus have become more and more active in both the surrounding countries and in Hungary. In our newsletter today, we look a little ahead and look at labour law issues that may be relevant after the negative effects of the epidemiological situation have abated.

Can the golden age of the home office come?

In the case of companies whose activities allow it, the staff, or a significant part of it, has recently switched to “home office mode” having regard to the declared state of emergency. Many companies have resorted to ordering a home office as a coercive solution to the current extraordinary situation, so that this form of work (and its efficiency) is put to the test in a period that is already burdensome due to a number of other circumstances.

It could easily happen that, depending on the experience gained in the current period, company executives will prefer to apply work from home even after the consolidation of economic life. In addition to that ensuring working in the home office more widely may require a rethinking of the material conditions (e.g. office rental, its equipment, provision of work equipment, etc.) of daily operation that are considered as commonplace in “peacetime”, it is worth considering now how the legal framework for working from home needs to be established.

What are the legal forms of working from home?

The concept of teleworking used by the Labour Code is often confused with the home office, but in terms of legislation and its content, a sharp line needs to be drawn between teleworking and employment derogating from the employment contract as possible ways of working from home.

Employment derogating from the employment contract

In order for the conditions of working from home to be clear (and at the same time accountable), it also seems necessary to draw up a relevant employer policy. However, such a regulation, like other regulations (e.g. the use of a company car), qualifies as a unilateral legal statement of the employer, so the employees’ consent is not required for its adoption.

Teleworking, on the other hand, is a special form of employment which allows regular work from home and for which it is a conceptual element that the worker performs the work using a computer device and transmits the result electronically. The teleworking clause must necessarily be part of the employment contract.

The 2-year working time framework – when will the measure bear fruit?

Probably several of our readers have encountered the possibility of implementing an averaging arrangement for up to 2 years unilaterally by the employers. This measure of the employer is an opportunity that can be used in the current extraordinary period, which, however, if taken, will clearly give rise to its substantive effect only after the end of the state of emergency. This tool can ultimately also help executives be able to retain their current staff.

During the state of emergency, many companies used the collective wage reduction tool to temporarily reduce expenses, which required changes to the individual employment contracts concluded with the workers. When the company’s management sees the time has come to “restore the original condition”, another wave of contract modification will be needed to adjust wages.

Also in the case of unpaid leave (which is also a widely used crisis management institution), bilateral agreements between the employers and the employees were required. These agreements were often concluded for a fixed period; in this case, the unpaid leave shall end at the end of the specified period. In contrast, the repeal of an agreement of a duration not maximized by an exact date will require the approval of both parties.

Experienced in the fields of corporate law, commercial law and employment law 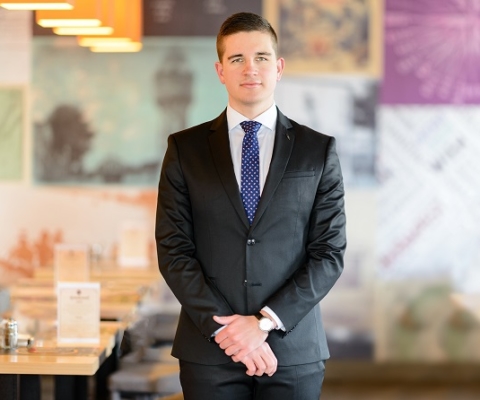 Beyond COVID-19: How to get out of the crisis