Spain: Article 43 of RD-Law 8/2020, of 17 March, on extraordinary urgent measures to face the economic and social impact of COVID-19

Article 43 of RD-Law 8/2020, of 17 March, on extraordinary urgent measures to face the economic and social impact of COVID-19, modifies the deadlines set by the Spanish Bankruptcy Act to request a declaration of bankruptcy.

Article 5 of the Spanish Bankruptcy Act specifies the debtor (be it a natural or legal person) must file for bankruptcy within two months since becoming aware of the situation. This realization will be deemed to exist when one of the following situations occurs:

The consequences of not meeting the obligation to request a bankruptcy declaration within the deadlines set are that, in the event the debtor is finally declared bankrupt, said person can be blamed for the situation. As a result, the members of the board may be banned from exercising these duties again and can be made personally responsible for the company’s debts (whether partially or totally).

The RD-Law suspends, while the state of alarm is in force, the need to request a declaration of bankruptcy (even if the conditions that make such request compulsory are met). The norm, however, does not clarify if, once the state of alarm is over, a new two-month period is launched in which to submit that request or whether said period needs to be calculated on the basis of the time lapsed until the Royal Decree-Law entered into force.

The new norm, however, does specify that new requests for bankruptcy declarations will not be processed by judges (even if the debtor is insolvent) for as long as the state of alarm lasts plus the two following months. If the debtor requested a voluntary insolvency process after an involuntary process was launched, the voluntary request will be processed first.

The RD-Law does not prevent any voluntary insolvency requests from being filed while the state of alarm is in force but notes that their processing will be suspended for as long as it lasts.

If the debtor was already in the first stages of an insolvency situation (article 5 bis of the Spanish Bankruptcy Act), the RD-Law suspends, while the state of alarm is in force, the obligation to request a declaration of bankruptcy if, within the four-month period specified by the Bankruptcy Act, no agreement is reached or the number of necessary endorsements has not been obtained to process an early agreement proposal.

As economist and lawyer, he has developed his professional carrer in the field of business and financial law. He has participated in many of the most relevant corporate restructuring processes and insolvency proceedings in the country. 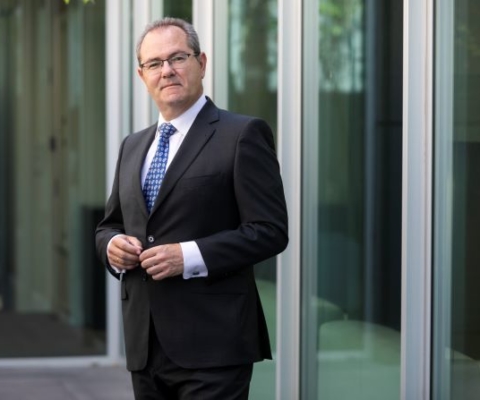